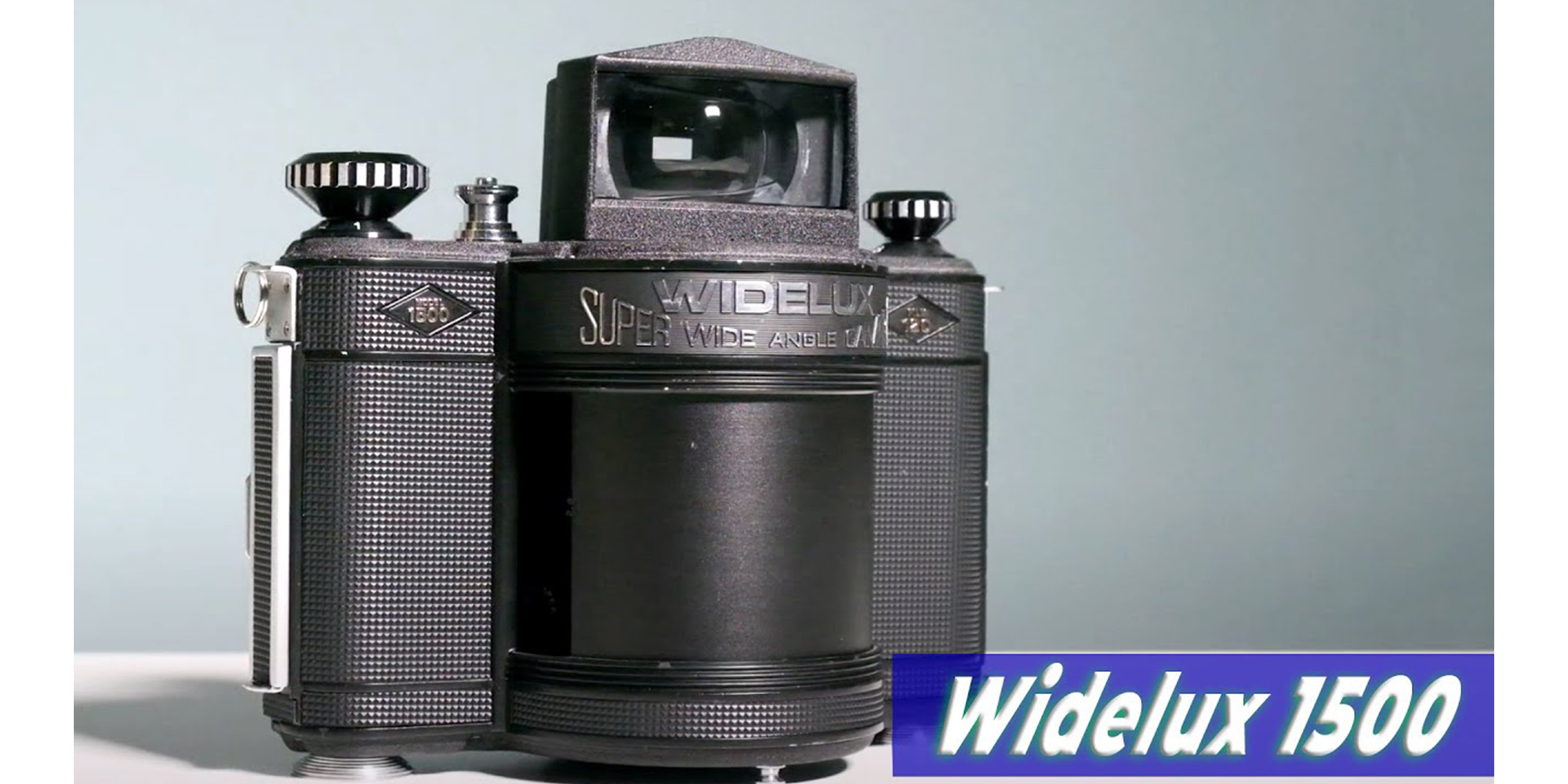 We are taking a look at a vintage panorama film camera – the Widelux 1500. One of the more well known of the Widelux family is the Widelux F series of 35mm cameras, which was their medium format version. It was designed by Panon Camera Company – that's Panon with a “P” - and released in 1987.

The design is very similar to Panon’s first 120 format panorama camera, the Panon 50A, which they released in 1952. 35 years later, and the design changes were mostly cosmetic. Functionally, the camera is very simple. The lens is mounted in a rotating housing and has three shutterspeeds;1/8, 1/60, and 1/250. It’s a 50mm f2.8 with a focusing range from 1 meter to infinity, and the focus and aperture knobs are in front of the lens on either side, only accessible through the panorama opening. The camera is entirely mechanical, so metering must be done separately. We also recommend using a tripod, even at the 1/250 shutter speed, because it produces some recoil. It’s also important to remember that with all Widelux cameras, you must cock it before changing the shutter speed. Failing to do so will eventually break your camera.

The 150 degree field of view was a huge selling point for this camera, improving on the 35mm Widelux, which had a 140-degree field of view. A full roll of 120 film only gives you six photos, but just like with other medium format panorama cameras, the negatives are huge. If you’re interested in film panorama photography, Widelux is one of the best brands to investigate.